Welcome to Innovation 2019 On Demand.
Watch sessions on demand and download presentations from the event.

EY will lead a discussion on the ‘future citizen’. Much consideration is given to how government may look in the future. But how will changing patterns of work, leisure and lifestyle affect what people want and need from government? EY has studied how people’s lives may change over the coming years, and this session will consider the potential implications for government.

No one can predict the future. But if you can imagine it, you can prepare for it.

In our ever more globalised, complex and interlinked societies, it’s increasingly difficult to develop policies that will win public approval, dovetail with other policies and services, and deliver ministers’ goals. But whilst emerging technologies and cultural changes contribute to the challenges facing civil servants, they can also provide the tools with which to address them.

This session will examine how civil servants are finding innovative ways to develop and deliver policy, exploring case studies and debating the constraints and opportunities around policy making in the contemporary world.

In the modern world, many governments depend on private and voluntary sector suppliers to run business processes, deliver services and contribute to organisational development. And the ways in which public bodies procure and commission suppliers – from the companies running departments’ IT systems, to the charities working in frontline public services – play a key role in shaping policy outcomes, public spending and service users’ experiences.

This session will consider some of the best emerging approaches to public procurement, and debate how commercial teams can work with business owners to improve performance and save public funds.

Many government processes, conceived and designed in an era of mass workforces, involve high volumes of repetitive administrative tasks and routine decision-making – feeding the complex, multi-layered IT systems that power public services. Soon, digital technologies may enable us to replace those legacy IT systems entirely; but in the meantime, Robotic Process Automation (RPA) can dramatically cut costs, hasten timescales and reduce errors in back office processing.

Using a form of artificial intelligence, RPA involves automating the routine processes and decisions that support and supply our ageing IT systems. Readily available ‘off the shelf’, these technologies can be quickly configured and installed to handle vast numbers of transactions – cutting labour and office costs, improving service quality, and saving public resources for use in frontline services.

In this session, RPA experts from the public and private sectors will consider how these systems are best planned, purchased and implemented, and explore their potential costs and consequences within civil service operations.

Session report: Automated for the people: putting robots to work

Innovation in the Use of Data

Data has provided the raw material for entirely new economic sectors, whilst transforming many existing industries. And it has the potential to alter the operations of government just as profoundly.

Better use of public data can, for example, greatly improve personalisation and targeting in public services – improving their impact whilst reducing waste. It can strengthen forecasting, risk management and emergency response. It can transform coordination between public service providers, smoothing user journeys and minimising errors. It can support the development of new industries, drawing on ‘open data’ policies to boost economic growth. And this is just the start.

This session will review the state of the art in open data, analytics, management information and data-sharing, and discuss the risks and opportunities facing data professionals and business owners across government.

Breakout session: Innovation in the Workspace

Modern workspaces can, for example, reduce office footprints and drive co-location – boosting cross-departmental working. Communications technologies can foster remote working and reduce travel requirements, providing the flexible roles that support the employment of older or disabled workers and those with caring responsibilities. Reformed security access systems can refashion the government estate as a far more flexible and efficient asset. And digital systems can reshape how people work and collaborate, reducing waste and improving outcomes.

This session on workspace innovation will map out the opportunities for employees and public bodies alike, and consider the agenda’s links to collaborative working, workforce diversity and staff morale.

Session report: If it flexes, it won’t break: innovation in the workspace

Innovation in Service Design and Delivery

Traditional public services, built around the needs of vast delivery organisations, tend to offer ‘one size fits all’ services that struggle to serve diverse client groups. But government bodies are increasingly adopting innovative models of service delivery – drawing on charities’ expertise in meeting people’s complex needs, for example, and learning from digital businesses’ ability to put the user at the heart of their services.

This session will explore some of the most innovative approaches to designing and delivering public services, and consider the keys to saving public money and improving outcomes.

In Conversation with John Manzoni 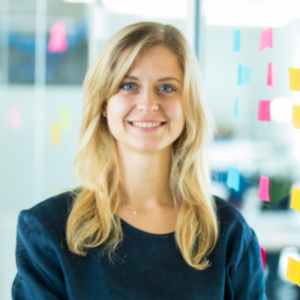 Christina Lang is co-founder and CEO of the DigitalService, the internal digitalization unit of the Federal Government of Germany. Providing interdisciplinary product teams, the DigitalService builds user-centered digital public services together with the government. It also drives the digital transformation of public administration through the fellowships Tech4Germany and Work4Germany. In spring 2020, she initiated the #WirVsVirus hackathon of the German Government as a national, coordinated covid response effort. Before founding the DigitalService in 2019, Christina worked at the Federal Foreign Office and as a strategy consultant at McKinsey & Company. She is a trained lawyer and holds a Management degree from London Business School. 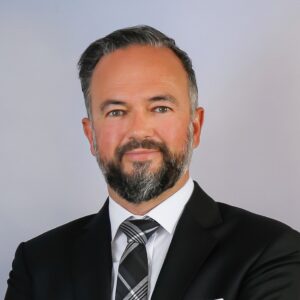 Biography to be updated shortly. 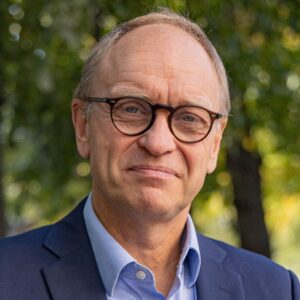 Dag Strømsnes is a division director and the Chief Procurement Officer in Norway. He has had this position since 2008.

Dag is also responsible for the CPB, the unit in charge of negotiating framework agreements for the Norwegian government

Dag’s department works in relation to covers all kind types of procurements such as for; goods, services, ICT, works/construction and infrastructure investments, and has a remit to improve public procurement in Norway. There are 100 employees in his department.

Before Dag started as CPO in Norway, he was a director in PwC. He worked as a procurement consultant for eight years.

She started in her current position in Dec 2021 – the same year as ESPA was created.

Her main tasks are related to planning, execution and supervision of public procurement and purchases. She is responsible for the development and implementation of the company’s legal documentation regarding procurement and stocks.

She has created company’s quality management system and integrated it into work processes, implements the quality system and ensures compliance. Under her responsibility falls also anti-corruption activities in ESPA.

During the period 2014-2021 she worked as Procurement Project Manager in East Tallinn Central Hospital. She has also working experience from private sector (in the field of maritime) as Quality Manager 2011-2014 and in sale of medical devices as Office Manager from 2006 to 2011.

She holds a Master’s degree in Internal Security from Estonian Academy of Security Sciences.

Prior to being appointed Secretary of State, Taimar was Director General of the Estonian Information System Authority (government agency responsible for core e-government systems and cyber security of Estonia). Before that, he was the Deputy Secretary General for Legal and Administrative Affairs of the Ministry of Defence.

During the period 2000–2001, Peterkop worked as a lawyer at the Government Office and from 2001–2008, at the Ministry of Defence, the first four years of which was spent in the Legal Department as Head of the Office of International Law, and the last three years as Head of the Operations and Crisis Management Department. During the period 2008–2010, Peterkop served as Defence Counsellor at the Estonian Embassy in Washington, D.C.

Taimar Peterkop is a graduate of the University of Tartu School of Law and the United States Army War College, and holds a Master’s level degree in Strategic Management.

Siobhan was a senior civil servant in the UK with more than 15 years’ Whitehall experience. She worked in many of major delivery departments, including Transport, Environment, Health and Local Government. She also had senior roles at the heart of government in the Cabinet Office and HM Treasury, including supporting the then Cabinet Secretary, Lord O’Donnell, to lead work on civil service reform and strategy. Siobhan left to run as an independent candidate in the Mayor of London election. She subsequently joined her alma mater, Warwick University, as Chief Strategy Officer of Warwick in London and Co-Director of the Warwick Policy Lab.

In March 2022, Stephen Burt was appointed Chief Data Officer for the Government of Canada, at the Treasury Board Secretariat.  His mandate is to provide leadership across government on information and data governance and integration, privacy modernization, and data-enabled digital services and programs.

Prior to this appointment, Mr. Burt was the functional authority for data governance and analytics capability for the Department of National Defence and Canadian Armed Forces (DND/CAF).  He drove the analytics adoption and maturity throughout DND/CAF, and led the department-wide initiative to establish analytics and data governance.

Mr. Burt began his career in the Government of Canada in 1997 with Revenue Canada.  In 1999, he joined DND, where he worked in a variety of policy, operational and defence intelligence roles, including two years as Executive Assistant to the Deputy Minister.

Mr. Burt moved to the Privy Council Office (PCO) in 2007 to work in the Security and Intelligence Secretariat as Senior Advisor on National Security.  In that role, he was secretary for the committees of the National Security Advisor to the Prime Minister.  In 2009, he joined the Intelligence Assessment Secretariat (IAS) at PCO, and held positions as Director for Afghanistan and, later, for Asia.  Mr. Burt was appointed Director of Operations for the IAS in January 2012, and took on the position of Assistant Secretary on an acting basis in March 2014.

In April 2015, Mr. Burt assumed the role of Assistant Chief of Defence Intelligence at Canadian Forces Intelligence Command, where he led the federated production of intelligence within DND/CAF, and oversaw defence intelligence policy.

Mr. Burt has an undergraduate degree in history from the University of Ottawa, as well as a Master’s in Public Administration from Queen’s University in Kingston, Ontario.

Andri Heiðar Kristinsson is the CEO of Digital Iceland, a cross-functional unit within the Ministry of Finance and Economic Affairs, tasked with leading the digital transformation across the Icelandic government. Mr. Kristinsson is a product and technology visionary with over two decades of experience working in technology and entrepreneurship in Europe and Silicon Valley.

Prior to joining Digital Iceland, Andri was a product lead at LinkedIn in San Francisco and a product manager for SlideShare‘s mobile apps. Andri also served as the CEO of Travelade, a travel technology startup, as well as the founder and CEO of Icelandic Startups, the leading startup accelerator in Iceland. Andri holds a B.Sc. in electrical and computer engineering from the University of Iceland and an MBA from Stanford University.